Despite Gains in the County, City Bed Tax Was Flat During First Half of FY 2019-20 Compared to Previous Fiscal Year » 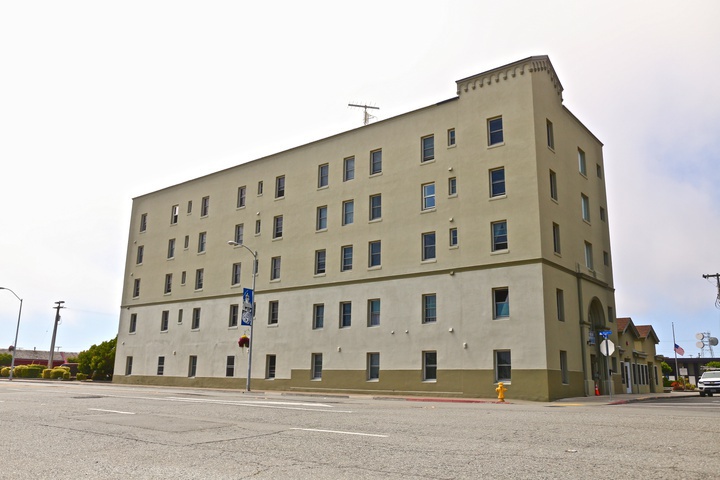 However, the transitional housing pilot project proposed by Seven Angels Last Stop Services is not ready to meet the requirements needed to apply for the 2019-2020 Community Development Block Grant by the April 15 deadline, Finance Director Linda Leaver told the Council on Thursday.

Another way the city could potentially get enough grant dollars to add F Street to the Front Street storm drain project is to use dollars under the 2017 CDBG cycle that other agencies have had to disencumber, Leaver said.

With the deadline a little over a month away, however, Leaver asked for Council approval Thursday to submit an application for the current year’s CDBG cycle rather than wait until its regular meeting on March 16.

At their March 2 meeting, Councilors authorized staff to spend up to $10,000 in dollars generated through CDBG-funded projects for application costs. With three projects totaling $8,000 in application costs, there is about $2,000 left, Leaver said Thursday. She asked the Council to approve an additional $1,500 to prepare a CDBG application for the F Street addition to the storm drain project.

Crescent City has about $34,000 in dollars generated through its CDBG-funded programs, Leaver told the Council on March 2. She suggested using those dollars to submit applications for the 2019-2020 grant cycle.

On Thursday, Leaver noted that the design and specifications for the F Street addition to the storm drain project is finished.

Public Works Director Jon Olson told the Council that Tidewater Contractors assured them they could complete the storm drain project with the addition “on or before June 30, 2021.”

City Manager Eric Wier said the city also has a performance bond with Tidewater Contractors ensuring they’ll finish the project by their deadline.

Tidewater Contractors will lead a project that includes widening storm drain capacity on Front Street between B and G streets and on C Street in Crescent City. The City Council approved a $3.8 million contract with Tidewater last month. The project will be paid for with a $4.2 million CDBG grant.

Adding F Street to the project would bring the total cost to about $5 million, Wier told the Council on Thursday.

On March 2, co-founder Kristen Wilson said Seven Angels plans to acquire trailers, refurbish them and offer them to those transitioning from homelessness. The cost for the pilot project would be about $70,000 for purchasing and refurbishing five trailers, she told Councilors. Each would serve about four different families throughout the year, Wilson said.

On Thursday, Leaver said the organization’s representatives agreed they’re not ready to meet the requirements for the 2019-2020 CDBG application.

“It’s a great idea, potential project for the future,” Leaver said. “We did point them to additional resources that may help them get ready. We may see them in the future.”

Leaver said they urged Wilson to work with the NorCal Continuum of Care, which manages U.S. Housing and Urban Development dollars for homelessness programs in Del Norte and other Northern California counties. Staff also directed Seven Angels to the No Place Like Home working group and the Crescent City Housing Authority.