Census 2020 Is Ramping Up Despite Social Distancing Guidelines due to COVID-19 Response; People Urged to Fill Out Form Online, By Phone and Mail 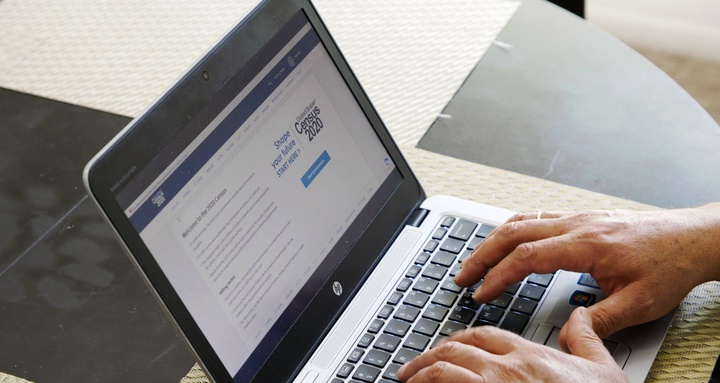 You won’t receive a knock on the door due to the COVID-19 pandemic, but that doesn’t mean you can’t take the 2020 Census.

In light of the virus and social distancing guidelines, the U.S. Census Bureau has extended the timeline for people to respond by about two weeks, according to Alannah J. Smith, program coordinator for the California Center for Rural Policy at Humboldt State University.

The original deadline for self-response was July 31, she said. It’s now Aug. 14.

Those who receive their mail via PO Boxes would normally have received a visit from an enumerator, who would have left a form on their door, Smith said. But since all in-person activity has been suspended, those residents should check their PO Box, she said.
But people don’t need an invitation to take the Census, Smith said.

“We’re still encouraging people to go online to take it,” she said. “You don’t need a Census ID.”

In a bilingual toolkit focusing on gaining an accurate count of Latinos in the 2020 Census during the COVID-19 emergency, using digital avenues and earned media was encouraged as a form of outreach.

“Right now, more than ever, a complete count is important,” Smith said. “It ensures we have enough medical equipment and funding for emergency response.”

The Census bureau will count people living in institutionalized settings, such as Pelican Bay State Prison, as well as those who are homeless. According to the timeline, the Census count of those experiencing homelessness outdoors will be held on May 1 — a month later than normal.

Apportionment counts are set to be delivered to President Trump on Dec. 31. States are set to receive redistricting counts by April 1, 2021, according to the timeline.

If responding to a paper form, answer the questions with blue or black ink and place in the envelope provided and mail it or put it in another envelope and send it to U.S. Census Bureau National Processing Center, 1201 E 10th Street, Jeffersonville, IN, 47132.