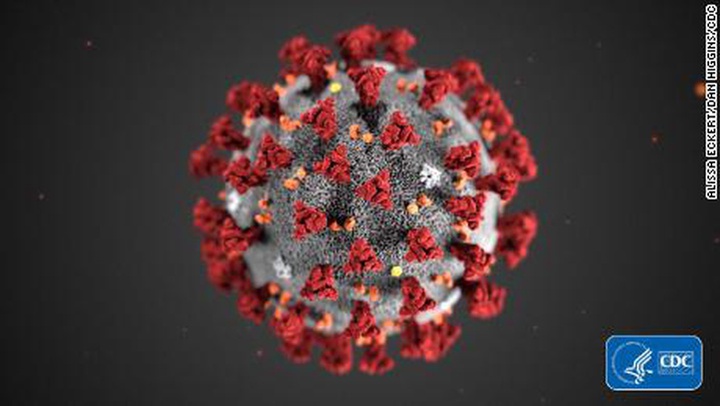 Local emergency officials are still wrapping their heads around Governor Gavin Newsom’s order Thursday for all Californians to stay home to prevent the spread of COVID-19.

But, Newsom’s shelter-in-place order is not a lock down, Del Norte Emergency Services Manager Kymmie Scott told the Wild Rivers Outpost on Friday.

In response to Newsom’s executive order, Crescent City offices will close their offices to the public starting Monday, according to a news release Friday from City Manager Eric Wier.

County offices are still open to the public, County Administrative Officer Jay Sarina told the Outpost. All county services are considered essential, he said, though staff are trying to discourage any type of gatherings and are working hard to maintain social distancing.

There will be a special meeting of the Del Norte County Board of Supervisors at 4 p.m. this afternoon to discuss the executive order and what that means for the county, Sarina said. Sarina said that meeting will be a virtual meeting..

Sarina noted that Scott has been trying to bring some clarity to Newsom’s executive order for people to stay home.

“It’s a pretty vague order and it’s been confusing to a lot of people,” Sarina said. “We will be putting a statement out shortly, a joint city-county statement, so people can understand where we’re coming from.”

Though Del Norters are urged to stay home, especially if they’re sick, they can still go outside and get some Vitamin D, Scott said. She also urged neighbors to check on each other, especially those who are elderly, while maintaining a six-foot distance.

“If you’re sick, stay home unless you’re symptomatic and you fall into an at-risk category,” Scott said. “Or if you’re experiencing severe symptoms we ask, if you have time, to call your healthcare provider to go in so they can be prepared to receive you in a safe way.”

Statewide, there are a total of 675 confirmed COVID-19 cases and 16 deaths in California as of 6 p.m. Wednesday, according to the California Department of Public Health.

COVID-19 symptoms are similar to the flu including fever, cough and shortness of breath, according to CDPH. Those who are most at risk are the elderly, individuals with compromised immune systems and those with chronic medical conditions like heart disease, diabetes and lung disease, according to CDPH.

For Del Norte County Sheriff Erik Apperson and his deputies, dispatchers and correctional officers, not much has changed.

“We haven’t really changed much of how we’re doing business,” he said. “The lobby’s open. Our general response is still the same.”

The inmate population at the Del Norte County jail is down, though Apperson said that’s not due to concerns from the virus. There are currently roughly 82 people in custody and normally the jail houses roughly 100 to 110 inmates, he said.

Apperson said his staff has disinfected one of the jail’s drunk tanks, K Tank, which is a negative pressure tank on its own air circulatory system.

“We went through and sanitized that and emptied it out in case we need to use it for any temporary holding of prisoners that might be medically suspicious,” he said. “Other than that we’ve just taken really small steps. Nobody’s really allowed to go in and spend time with dispatchers. We sure don’t want them getting sick.”

Apperson said everyone working at the sheriff’s office, from deputies to maintenance to “our fiscal folks” are essential. Though he’s looking to enable some members of his staff to work from home, Apperson said “we’re looking the same as we did before this started.”

Calls to the sheriff’s office for service hasn’t increased as a result of the pandemic either, Apperson said.

“For the most part, everybody’s just getting along,” he said. “I’m proud of the way our community’s responding to it — our folks we serve as well as staff. Everybody seems to be on the same page and working collaboratively.”

Over at the Crescent City-Del Norte Chamber of Commerce, the visitor center is closed, though staff are still fielding phone calls and “plan to do so until we open again to the public,” Executive Director Cindy Vosburg told the Outpost on Friday.

The chamber’s annual economic summit has been postponed, Vosburg said. Representatives are working with State Sen. Mike McGuire’s office to set a new date once the COVID-19 crisis has passed, she said.

“The Chamber of Commerce is open, but following the governor’s executive order late yesterday, we are observing the rules of social distancing and starting to work from home,” Vosburg said.

Local agencies and organizations are working to maintain a supply safety net and provide information to the community, Scott said. But, she noted, that everyone has a part to play in the emergency. She pointed to a new local Facebook group, “Helping Our Neighbors in Need (Coronavirus)”, saying it epitomizes what Del Norte County is.

For more information, visit Prepare Del Norte. There are also links to the Public Health Branch, California Department of Public Health, the Centers for Disease Control and Prevention and the World Health Organization.

Scott said a text message service, if people text coronavirus to 211211 will also link them to valuable information about COVID-19.