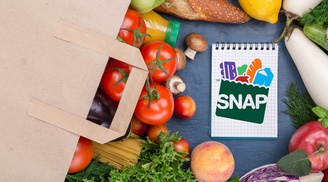 Del Norte County seems to be following a national trend — the number of households relying on the Supplemental Nutrition Assistance Program has grown by 10 percent since March.

Dorothy Waddelow, program manager for the Del Norte County Department of Health and Human Services, says the increase is due to businesses that were forced to close their doors or reduce staff hours due to COVID-19 pandemic safety measures.

Nationally, 6 to 7 million more people have applied and been approved for SNAP benefits since February, according to the Center on Budget and Policy Priorities. In California, the number of recipients grew from about 4 million in February to nearly 4.7 million in May.

But, while the local CalFresh caseload has grown by 300 households in the last four months, the number of people seeking help from the community’s two major food pantries as well as the Del Norte County Senior Center’s utility assistance program has dwindled.

“What I’m worried about is there’s unmet need out there that none of us know about and there are people we could be helping,” Charlaine Mazzei, the senior center’s executive director, told the Wild Rivers Outpost.

According to Mazzei, the senior center experienced a dip in the number of people accessing its nutrition program since the pandemic started. But the center has seen an increase in the number of meals being served.

Mazzei said she also worked with True North Organizing Network to start a service where volunteers would go grocery shopping for elders, who are high risk for serious illness from COVID-19. But there hasn’t been much interest in that.

“It seems like the people who need help already had people to help them,” she said. “Or people would say no ‘that’s the one chance I get to go out is to go shopping and so I don’t want to have somebody else do that for me.’”

Mazzei’s main worry, though, is the decrease in Del Norters taking advantage of the federally-funded Low Income Household Energy Assistance Program, or LIHEAP. These dollars are filtered through the California Department of Community Services and Development, Mazzei said.

Though the program won’t end in Del Norte County due to lack of interest, Mazzei said the money the center receives could be reduced. If the senior center doesn’t receive the LIHEAP money it receives by its deadline, whatever it didn’t spend will be taken out of its 2021 allocation, she said.

According to Mazzei, 26 households applied for assistance through LIHEAP in June — 13 fewer than June 2019. Last June also showed a decrease from the same month in 2018, Mazzei said. Sixty-five households sought electricity assistance in June 2018, she said.
Mazzei noted, that the decrease by 13 households this year comes after families have had to stay home for the past four months.

“I would have expected with people having their kids home for the last three months of school, that there would have been a greater need for electricity,” she said, adding that people can fill out an application by visiting the senior center's website. “But I suspect that the issue is more that there’s the shutoff moratorium, and a lot of times we do get people who just wait until they’re ready to be shut off.”

When California Governor Gavin Newsom declared a state of emergency in March, it put into place protections for residents and small businesses that included suspending disconnections for nonpayment of their utility bills and to waive deposits and late fees, according to Pacific Power. These protections are in place until April 2021, according to utility spokesman Drew Hanson.

Though he couldn’t share exact numbers, Hanson said many Pacific Power customers are having trouble paying their bills due to the economic downturn the COVID-19 pandemic created. In addition to continuing to suspend late fees and disconnections for nonpayment, Pacific Power is also donating to emergency assistance programs, he said.

“As many people have been required to work from home and businesses have shuttered temporarily and some permanently, the energy use across customer segments has changed,” Hanson wrote in an email Wednesday. “But the overall load on the system has remained relatively unchanged. We’ve been able to keep the lights on for our customers during an extremely difficult time.”

As the Del Norte Senior Center has seen a decrease in people accessing its LIHEAP assistance program, so too has the food banks at the Del Norte Community Food Council and Rural Human Services.

Amanda Hixson, the Food Council’s food programs director, said the numbers at Pacific Pantry have been about 50 percent less than what they were last year for months. And, she said, her staff aren’t sure why.

“Conjecture is that it could be due to people having more resources available through stimulus checks, P-EBT, full Cal-Fresh benefits, pandemic unemployment, etc.,” Hixson said. “However, in other counties where the same benefits are available, there have been surges in demand for emergency food assistance.”

In addition to federal stimulus dollars offered through the Coronavirus Aid, Relief and Economic Security (CARES) Act, Cal-Fresh provided parents whose youngsters were eligible for free and reduced meals at school with $365 per child through its Pandemic Electronic Benefit Transfer card. About 68 percent of Del Norte County students are eligible for free and reduced lunch, Del Norte Unified School District Nutrition Services Director Deborah Kravitz told the Outpost in December 2019.

At Rural Human Services, though there was a panic at the start of the pandemic, those accessing the food bank has dropped by about 100 families, its director, Dawn Venturi, told the Outpost. RHS has reduced the amount of food it takes to Klamath and Smith River every month, and any left overs go to Pacific Pantry, Our Daily Bread, College of the Redwoods and the food program at the Seventh Day Adventist Church in Crescent City, she said.

“Normally we do anywhere between 650 and 750 families a month — ballpark,” Venturi said. “I have actually stopped my frozen food from coming in until I get through the frozen food I have, and that’s even with offering an extra food bank (distribution). We only have so much storage.”

Next month, RHS will offer an extra food bank distribution day at the food bank, 286 M Street in Crescent City. Venturi said this is a short-term program she started in July.

Though its storage is limited, Venturi said she and her staff of volunteers ensure that what’s available is fresh.

“I do believe the numbers will go back to normal amounts,” she said. “I just want to make sure the community knows we do have food. Nobody in this community should be going hungry.”

Del Norte County has had a total of 88 confirmed COVID-19 cases, though as of Thursday morning none were active, according to the Public Health Branch. No new cases were reported to public health officials on Thursday.