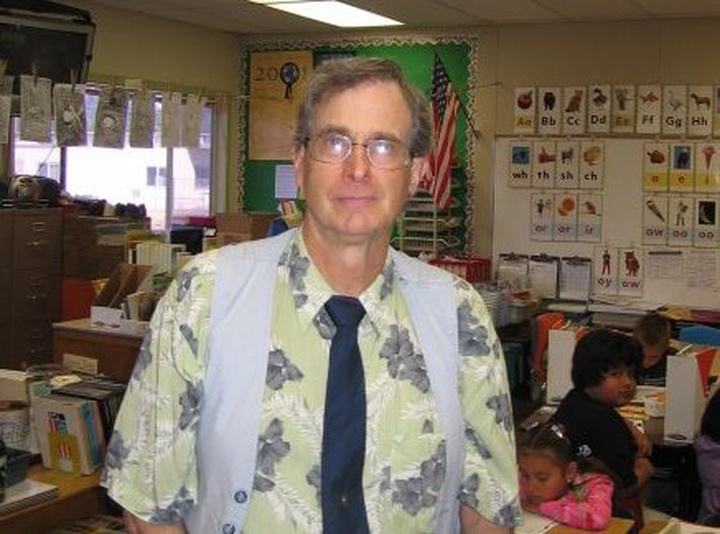 Del Norters have the “greatest single ability” to change the dynamic of the Board of Supervisors. Especially if they elect Jim Ramsey, Kevin Hendrick and John Pritchett on March 3 — at least, that’s how Ramsey sees it.

Ramsey, one of two candidates challenging incumbent Lori Cowan for the Del Norte County District 2 seat, said he, Hendrick and Pritchett, who hope to represent districts 1 and 5 respectively, work well with people.

“You’ve got all of us working together,” Ramsey told the Wild Rivers Outpost on Thursday. “And then you’ve got Gerry Hemmingsen and you’ve got Chris Howard. Chris Howard is good at working with people and Gerry is somewhat. So, what you do is you change the whole dynamics a lot, and that’s important.”

After roughly a dozen years as a Crescent City Harbor District commissioner, a stab at representing local voters on the Del Norte County Board of Supervisors seemed like the next logical step, Ramsey said. He said he wanted to see what he could do for the county because, though it’s a beautiful place to live, there are many issues he’d like to tackle.

The district he hopes to represent on the Board of Supervisors encompasses portions of Crescent City along Pebble Beach Drive, including the Del Norte County Airport, and along the north side of Washington Boulevard. Ramsey is competing against challenger Valerie Starkey and Cowan, who is seeking her second term as District 2 representative.

Ramsey said he has lived in Del Norte County for nearly 25 years, relocating to the area from Lake County to teach elementary school. He says he has only taught above the fourth-grade level once, which was enough for him. He spent seven years at Smith River School and 11 years at Bess Maxwell Elementary School.
Though he’s a Del Norte transplant, Ramsey said the community he came from is very similar.

“Lake County is exactly like up here,” he said. “It’s socio-economically poor. The only advantage is you can commute an hour and a half to Sonoma County in Santa Rosa and get a job that paid a living wage.”

To Ramsey, the ability make a living wage is key to addressing homelessness and income inequality in Del Norte County. Ensuring his constituents make a living wage requires partnering with several entities including the local school district, business and property owners.

Ramsey drew on his career as a harbor commissioner, saying he was instrumental in establishing a non-profit “Friends” organization that sought to generate funds for the port. One program the Friends of the Crescent City Harbor District established was a scholarship fund that, Ramsey said, focused on students who wanted to enter a two-year program.

“People who want to be diesel mechanics, auto mechanics, LVNs, because that gets them into the workforce and it gets them to a point where they actually have a living wage,” Ramsey said. “Then they can deal with some of the other issues like not being able to find housing, for example, at a reasonable price.”

Harbor commissioner to supervisor hopeful
Ramsey was the only Democrat when he was first elected as a Harbor Commissioner. He estimates that it took him roughly 18 months for his colleagues to accept that he knew what he was talking about.

During his recent tenure as a harbor commissioner, Ramsey said he has been heavily involved with the Measure C — a successful citizens initiative that increased transient occupancy tax visitors to hotels and RV parks in the county pay by 2 percent  and resulted in enough revenue for the port to make its annual loan payment to the U.S. Department of Agriculture.

Also, Ramsey said, by being instrumental in forming the Friends of the Crescent City Harbor about two years ago, in addition to raising money for scholarships, the harbor’s cash flow is in the black for the first time in 50 years.

Ramsey said he also pushed for the Crescent City Harbor District to acquire neighboring Bayside RV Park, which could increase the port’s income. He said he’s also arguing for reconfiguring the harbor’s inner boat basin to allow for larger boats.

“When we rebuilt the harbor, (the) government said it had to be built just the same way it was before,” Ramsey said, referring to the Harbor District’s efforts to reconstruct the inner boat basin following tsunamis in 2006 and 2011.

“And we put in that application to put in more 40 and 50-foot boats. Well, we haven’t been able to do that…. What we need is to remove some of those fingers on some of the other docks out in there and make them more accessible to larger boats. It’s just something we’re going to have to do.”

Homelessness and affordable housing
Ramsey said the harbor deals with similar issues the county does. One example is homelessness, which has been a concern of his for about 14 years. Ramsey said Our Daily Bread, a local faith-based program offering emergency shelter during inclement weather as well as meals and other services to the homeless, started on his front lawn.

Though he hasn’t been working with Daphne Lambert, of Del Norte Mission Possible, to renovate the Our Daily Bread building on Harrold Street so it can become a 24-hour shelter serving more people, Ramsey said he’s been “working with homelessness for as long as it’s been here.”

Out of a myriad of models that are being explored for establishing programs that could help people find shelter, Ramsey said he favored the tiny house village concept Medford-based Rogue Retreat brought to the Board of Supervisors’ attention. He even has a place picked out — the old McCarthy Center High School property on Wilson Street.

It’s county-owned property with showers and kitchens, Ramsey said. Though it’s all on asphalt, the tiny houses could be clustered outside the building, he said.

“I think it’ll work really well,” Ramsey said, adding that representatives with the local United Methodist Church has been working to set up a tiny house program in Crescent City. “It will also help with some of our homeless veterans. It’s property that’s sitting there.”

One frustrating aspect when it comes to the Our Daily Bread building and efforts to refurbish it, Ramsey said, is the piecemeal way the county went about pointing out changes that needed to be made to get the structure up to code.

Thankfully, Ramsey noted, the county has changed its approach, especially as Lambert and the Del Norte Mission Possible Board of Directors grows its program. He said he hopes the county approaches the work the United Methodist Church is doing to establish a tiny house village homelessness program locally.

“As a county supervisor (I’d be) very on top of that, making sure that it happens and not the piecemeal thing,” Ramsey said.

However, preventing homelessness means dealing with people’s ability to find affordable housing, Ramsey said. He said he spoke with a woman at the Crescent City Farmer’s Market about two years ago who was concerned about the number of vacation rentals and beds and breakfasts, which affects the housing market.

Ramsey said he didn’t want to quash entrepreneurship, noting that some innkeepers have established beautiful facilities — SCOPA By the Sea on Pebble Beach Drive is one of them, he said. But, he suggested that the Board of Supervisors could consider an annual cap on the number of new vacation rentals, Airbnb and other bed and breakfasts that are founded in Del Norte.

“Out of 300 empty houses that I’ve seen, there are probably at least a third of those that are Airbnbs,” he said, adding that he’s knocked on roughly 900 doors so far this year. “It’s a very touchy situation. I need to get more familiar with it and see where I would go with that because I really don’t want to interfere with entrepreneurship.”

He suggested that property owners in Downtown Crescent City could do with its tenants what the harbor district has done — charge a basic rent during the winter and get a percentage of a store’s sales during the summer months when business is good.
When asked how he would encourage this model, Ramsey mentioned tax incentives and “ways the county can encourage development.”

As for Last Chance Grade — the slide-prone area of U.S. 101 south of Crescent City — Ramsey said the project wouldn’t be moving forward if state legislators hadn’t approved the Road Repair and Accountability Act in 2017 and if an effort to repeal the gas tax it established a year later hadn’t failed.

Though he agrees the state doesn’t treat Del Norte County fairly, Ramsey says people need to stop “voting against themselves.”

“The fact of the matter is, (if) I’m a governor or I’m a senator in the State of California and I’m looking at this — I have Del Norte County with 27,500 people here and declining and I have approximately 12 and a half million people here,” Ramsey said, “who’s going to get my money?”

Helping Del Norte County be prosperous requires partnerships and compromise, Ramsey said. “Give and take.” This includes working with the “upper echelons,” the tribes and other local governing bodies.