« Harbor Commissioners Agree To Use Measure C Tax Dollars To Pay Off USDA Loan, Then Focus On Repairs

Darrin Short Hopes To Bring Public Safety Perspective, City Council Experience To The Board of Supervisors 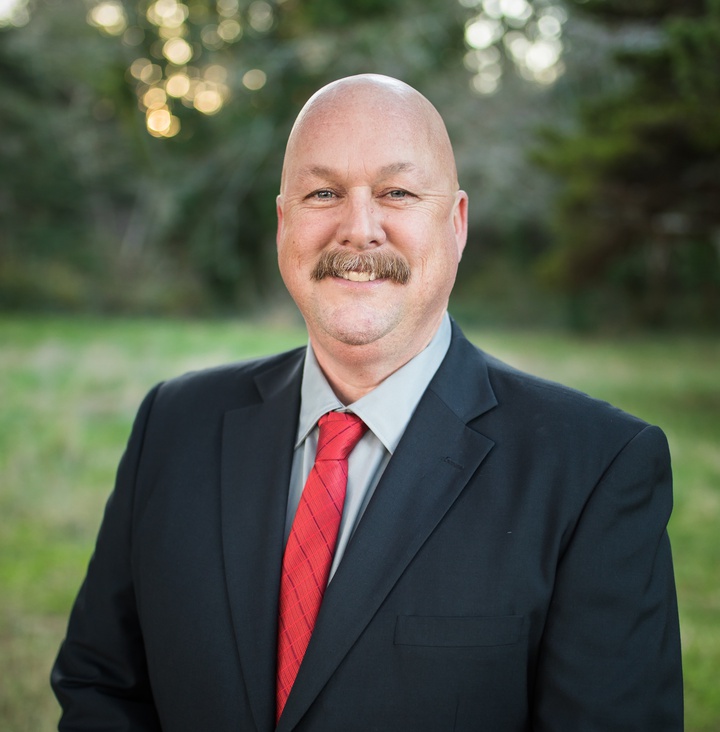 Darrin Short says his background as a firefighter and a correctional officer puts him in a unique position to serve on the Del Norte County Board of Supervisors.

Born and raised in Del Norte County, Short worked more than 23 years at Pelican Bay State Prison before retiring as a captain. He has also been a volunteer firefighter for more than 30 years, joining Crescent City Fire and Rescue when the Cooper Avenue Station was its main facility and Fred Cox was the chief. Short says he's familiar with both emergency fire and medical response as well as law enforcement.

“Even though it’s a government’s primary responsibility to provide for those things, if you’re a consumer of any one of those services, you have no idea if you’re getting the service you deserve,” he told the Wild Rivers Outpost on Tuesday. “I am, literally, the only person who’s able to evaluate for the county and act upon any weaknesses, if there are any.”

Short is vying for the District 1 seat on the Del Norte County Board of Supervisors. He hopes to replace incumbent Roger Gitlin, who has decided not to seek re-election. Short is competing against Bicoastal Media representative John Pritchett for Gitlin’s seat.

In addition to a 30-plus year career as a firefighter and a correctional officer, Short also served on the Crescent City Council for three years. He said he was initially appointed to replace Councilor Rich Enea and ran unopposed for the seat in 2016.

Short said he left the Council in 2018, but found he missed being in public office and enjoyed working with his fellow elected officials even if they didn’t always agree.

“We worked well together and we respected each other for our differences,” he said. “I enjoyed that. I enjoyed serving the community in that way.”

Last Chance Grade
Like his opponent, Short says it’s taken far too long for Last Chance Grade — the slide-prone area of U.S. 101 south of Crescent City — to be addressed.

A native Del Norter, Short says he’s seen that road move. But, “the past is the past,” he says, praising the efforts of the current Board of Supervisors to move the project forward.

“Yes, people are taken aback by the timeline,” Short told the Outpost, noting that the estimated completion date is 2039. “But a lot of people don’t realize that is nine years of construction, so that’s 2031 for the beginning of construction. That’s only 11 years away.”

Short said he spoke with an engineer at Caltrans who walked him through the environmental and geotechnical studies to find a feasible route around the slide. Once officials have selected a route, it will then go through a design phase, which could take two to three years. Short noted that though that’s agonizingly slow, given the scope of the project, he can wrap his head around the timeline.

To keep the project moving forward, Short said, it’s imperative that everyone is able to provide input including conservation groups like EPIC and Friends of Del Norte. Not doing that could get the project hung up in court.

“Showing up in person and making the presence of Del Norte County known and getting (the California Transportation Commission) to come up here in person and see it and walk Last Chance Grade, to take a look at it with their own eyes, and they accomplished that,” Short said of Cowan and Howard.

“It was a great thing for them to see that. They know first hand that it is an absolute necessity we get off the side of that mountain.”

Though working with state officials, including State Sen. Mike McGuire, on large projects like the bypass around Last Chance Grade is important, Short said he’s an advocate for smaller government.

To Short, the law is another unfunded mandate that proves lawmakers in Sacramento are out of touch with the reality of rural counties and “small struggling communities.”

With a low median household income — Short guessed it was about $30,000 a year, though according to the U.S. Census, it was $45,258 between 2014 and 2018 — he asked how state government can burden struggling people with a mandate that’s “questionable at best.”

Homelessness
Short brought up Gitlin’s idea of finding surplus county property to create a “staging area” where the homeless could sleep and have access to services. It’s a concept that originally came from Jerry Johnson, commander of the local Veterans of Foreign Wars program, KFUG Community Radio host Paul Critz noted when Pritchett mentioned the topic during an interview Friday.

On Tuesday, Short said it was an interesting concept that needed discussion by people from all around the community. He said he couldn’t say whether that concept would be effective or not.
Short said he was also disappointed to find out that the No Place Like Home program would provide loans, not grant dollars, to construct a permanent supportive housing facility for the chronically homeless and mentally ill.

“No contractor’s going to get into that,” he said. “We would be hard-pressed to find somebody that would think in dollars and cents and think that would be a safe risk to take.”

As a firefighter, Short has responded to emergency calls in homeless encampments. Some have been living this way for decades, he said, and aren’t interested in housing programs through the U.S. Department of Housing and Urban Development because they “don’t want to follow the rules.” However, for those who are struggling with mental illness or who have fallen on hard times, Short said he liked the tiny house village model Medford-based Rogue Retreats brought to the attention of the Del Norte County Board of Supervisors and the Crescent City Council last autumn.

Short noted that after being successful with Hope Village in Medford, Rogue Retreats are working on a smaller tiny house village in Grants Pass.

“When the Rogue Retreat folks came over to talk to the Board and the City Council, one of the things he said was ‘we have some people in there who are still in survivor mode,’” Short said. “They’re still stealing stuff from guys in the community so you go to them and (say) ‘You’re OK now. You’re safe,’ and basically pull them back, calm them down a little bit and let them come back to the reality of being able to live in a sheltered place.”

Short said that while the logistics of creating a similar program in Del Norte County is still a necessary step, the Hope Village model has worked.

“It’s not like the staging area. We have no idea if that’s going to work,” Short said. “We can discuss it and go through the pros and cons, but with Hope Village, it is absolutely a proven program that we know works. In my mind, there’s no reason to waste time. Let’s work at getting this done.”

Though he applauded Del Norte County’s sister city relationship with Rikuzentakata, Japan, and the hoped-for benefits of being featured on NBC Sports during the 2020 Olympics, Short said it’s imperative to make ourselves more attractive to outside businesses.

“We need to advertise that we don’t have malls here,” he said.

Short said he’s seen businesses come and go in Del Norte County. Right out of school, he worked at Miller Redwood, which created a lot of jobs through its lumber mill, veneer plant and logging operations. Short said he also worked for Hambro Forest Products before it decommissioned its particle board plant.

He said he could support a family in Del Norte County with those jobs. But, now, because of Del Norte’s isolation, it’s difficult to bring those jobs here, Short said.

“We need to let people know they’re going to be coming to one of the most beautiful places in the world,” he said. “Also, the county has the ability to give tax breaks to businesses to come in. We could explore that.”

As he’s spoken with voters, Short said, one major concern is property crime. People are frustrated with the effects of Assembly Bill 109 and propositions 47 that, he said, hinders law enforcement’s ability to hold criminals accountable.

AB 109, the Public Safety Realignment Initiative, was a state attempt to reduce its prison population by shifting that population to county jails. Proposition 47 recategorized some offenses that had previously been felonies as misdemeanors.

Short noted that Proposition 47 elevated the threshold of felony theft from $400 to $940.

“All we did was give them the ability to steal more and it was to strictly empty our jails and our prisons,” he said. “A lot of people are just terribly upset at that. There is no accountability for criminal conduct.”

When asked how he would address it, Short said partnerships and communication with state officials is important.

“As you have these closer relationships with our state representatives, we can voice our concerns and really demonstrate how their actions are hurting the people of the county,” he said. “If you can rehabilitate someone to make them a more productive member of society, we should work toward that. But to just not hold people accountable for crimes against hard working people that are struggling in the first place to survive, and now you’re taking hard-earned assets from them, it’s really something.”

A team-player
When speaking of his experience on the Crescent City Council, Short said he was able to get things accomplished through teamwork. That’s what he hopes to do for his would-be constituents in District 1.

Short, who is a Republican, noted he’s also able to separate himself from his political party. In the 2018 election, Short said, he posted on Facebook that he believed voting for Howard, a fellow Republican and District 4 Supervisor Gerry Hemmingsen, a Democrat, was the correct vote. Short said that didn’t sit well with local Republicans.

“I went counter to their mission and just went with the experience I had with those two men in working with them,” Short said. “My point is that it doesn’t matter who it is, I think I can work with them and get through hard times, struggles with differences of opinion, and still be productive for the county.”