« ANGELS and DESPERADOS: A Sign of Things to Come...

The 'Small Town With The Big Heart's' HGTV Moment » 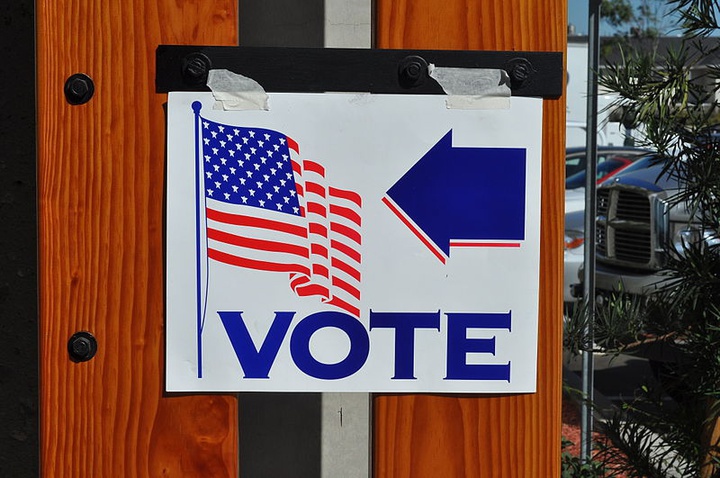 Kevin Hendrick raked in more campaign contributions than anyone else competing for seats on the Del Norte County Board of Supervisors this year.

Hendrick, chair of the Del Norte Democratic Central Committee, who is challenging incumbent Bob Berkowitz for District 5, took in a total of $10,470 in monetary contributions and $1,405 in non-monetary contributions between Nov. 12, 2019 and Jan. 18, 2020, according to recent campaign filing reports. In addition to using $200 of his own money, which he listed as a campaign loan, Hendrick’s campaign contributions total $12,075.

In addition to the Del Norte County District 5 election, other supervisor seats up for grabs on March 3 include districts 1 and 2. John Pritchett and Darrin Short hope to take the District 1 seat, replacing incumbent Roger Gitlin who is not seeking re-election.

In the District 2 campaign, newcomers Valerie Starkey, a retired probation officer, and Jim Ramsey, a retired teacher and a Crescent City Harbor commissioner, are challenging incumbent Lori Cowan.
Candidates filed their latest financial reports by Jan. 18. According to the Del Norte County Registrar of Voters office, candidates must turn their campaign finance reports by Feb. 20 before the March 3 election.

In non-monetary contributions, Hendrick received a donation of wine worth $474 from Sebastopol-based Iron Horse Vineyards. San Francisco-based Sonic Sculptor donated music production services for radio advertising worth $600. The Gallery of Arts and Culture in Crescent City also served as a venue, which Hendrick’s report listed was worth $200.

Hendrick made a total of $3,782 in unitemized and itemized expenditures between Nov. 12, 2019 and Jan. 18, 2020, according to his campaign finance report. His largest expenditures include $600 to Brookings-based Liz Crockett Design for literature design, $554 to SignRocket.com for yard signs; and $550 to Political Data Inc. for voter data.

Berkowitz’s campaign made a total of $1,989 in itemized and unitemized expenditures, according to his report. His largest expenditures were made to Del Norte Office Supply for $588 in literature and the Victory Store for $946 in literature. Berkowitz also made $125 in unitemized payments of less than $100.

Pritchett’s largest donors include Crescent City couple Gerald and Jacqueline Cochran, who donated $500, and the Democratic Central Committee, which also gave $500, according to his campaign finance report. Pritchett also received $1,658 in unitemized contributions of less than $100.

Pritchett’s largest campaign expenditures include $641.82 to the Del Norte County Clerk’s office for filing fees and a campaign statement.

Short’s largest expenditures include $472 to Del Norte Office Supply for literature and $910 to Brookings-based In-Motion Graphics for campaign paraphernalia, according to his report.
Short also used $1,505.35 of his own money for his campaign, according to the report.

Starkey received slightly more in donations than her opponents for the District 2 seat on the Board of Supervisors. Starkey received a total of $5,831.76 in monetary and non-monetary contributions between Sept. 1 and Dec. 31, 2019, according to her campaign finance report. Her campaign received $200 between Jan. 1 and Jan. 18, 2020.

Between Sept. 1 and Dec. 31, 2019, Starkey’s largest donors included Richard and Jan Moorehouse; Richard Starkey and Sarah Laggos, Sherrie and Brain Potter; and Terri Colton, all of whom donated $200 each. Starkey donated $871.76 of her own money to her campaign, according to her finance report.

In non-monetary contributions, Kevin and Gayle Hartwick and Troy and Lezlie Duncan both donated $300 in food for an Oct. 24 reception.

Ramsey’s largest expenditures include $590.63 for print ads to the Victory Store and $300 to Liz Crockett for literature design.

Cowan’s largest contributions include $200 from California Dreamin’ Real Estate; $275 from real estate agent Debbie Olson; and $250 from Janice Tramonte and Scott McKay, of Jacksonville, Oregon. Cowan also received $752 in unitemized contributions of less than $100, according to her report.

Cowan’s largest expenditures include $731 to the Victory Store for campaign paraphernalia and $408.47 to Vista Print for literature.

Svolos did not file a campaign finance report. However, according to County Clerk Recorder Alissia Northrup, filing a finance report isn’t necessary if the candidate does not plan on receiving or spending more than $2,000 in his or her campaign. For more information about the March 3, 2020 election, visit the Del Norte County Elections Office.