Gitlin Draws Comparison Between Two Safe And Sober Programs, Supports One While Opposing The Other

Minutes after voting against allocating $18,000 in state dollars to one clean and sober living program, District 1 Supervisor Roger Gitlin praised another that was the subject of a $104,000 agreement to provide similar services.

Gitlin drew a comparison between Oxford Houses and the Humboldt 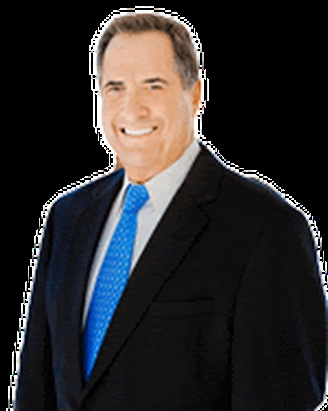 Addictions Services Program, or HASP, at the Del Norte County Board of Supervisors meeting Tuesday. He asked HASP owner Sandra Morrison to explain what her program does, saying he supports “this kind of service and this therapy.”

“I think it’s important these folks get help so they don’t set themselves up to slide back into some kind of recidivism rate,” Gitlin said.

Pulling both items off the consent agenda, Gitlin cast the sole dissenting vote on an $18,000 agreement between Del Norte County and Oxford House Sequoia to provide clean and sober housing from July 1, 2019 through June 30, 2020. He voted in favor of the $104,000 agreement with HASP, for a 4-0-1 vote. District 5 Supervisor Bob Berkowitz recused himself.

Gitlin objected to the close proximity of Oxford Houses “within a third of a square mile” in Crescent City, saying it affects its neighbors who then call him to complain.

The county supervisor also asked why, if Oxford House operates their programs in self-run, financially self-supported rented houses, is the county allocating $18,000 to their newest program.

In response, Del Norte County Department of Health and Human Services Director Heather Snow urged Gitlin to visit Oxford House’s website and read the organization’s annual report. The organizations operates 2,500 safe and sober housing programs across the country that have been successful, she said. Snow pointed out that the U.S. surgeon general called out Oxford House as “America’s recovery model” in 2017.

“If you are interested in doing some research, visit their website and wee their annual report,” she told Gitlin. “(You’ll) see it’s very common for them to have contracts and partnerships with state and local governments particularly for behavioral health agencies such as ours. The stipends are for individuals who are going through treatment.”

Oxford House Sequoia will be located on the 200 block of Lauff Avenue in Crescent City.

Its office is located on G Street, but HASP operates three current residential facilities and is planning a fourth, Gitlin noted.

At Gitlin’s request, Morrison described the HASP program for county supervisors, saying the organization’s clients have just started down the path to recovery. HASP’s clients follow a curfew and a strict set of rules, in addition to obtaining addiction treatment, she said.

One house has a live-in manager, Morrison said. Another employee is at each house every day, making necessary repairs, she said.

“The rules seem very strict, but we also approach them on an individual basis because they’re people who are probably not going to get it right the first time, so you have to be able to work with other agencies,” she said, adding that some clients pay rent. “Within the third month, usually, we get them employable. Not employed because first you have to get them clothes, a hair cut and some other things that’s going to make them viable.”

During public comment, Crescent City resident Eileen Cooper noted that providing clean and sober housing services to people at $18,000 a year is a bargain. Cooper compared that agreement with another $302,500 agreement between the county and Coastal Inn and Suites for temporary shelter

“Facilities like this, there are all kinds of good strategies,” Cooper said. “We don’t want to just waste our money for hotels where people aren’t getting help. That’s a big waste.”

Though he seconded Gitlin’s motion to approve the agreement between the county and HASP, District 3 Supervisor Chris Howard noted there wasn’t much difference between that organization and Oxford House. Howard said Cooper made a good point that the county is spending “an inordinate amount of money” trying to get folks off the street by housing them in motels.

Board Chair Lori Cowan noted that HASP is court-appointed and is a first step for many in the recovery process.

“I look at Oxford House as a next step,” she said. “We need to be able to get them clean and sober and, as you say, employable; make them feel good again. This program works on that. Then they go into Oxford House where they do also have rules and meetings. It’s important for everybody to know we need both of them.”