A Morning With the Seamless Summer Food Program, Which Works to Ensure Hungry Del Norte Kids Get Fed When School Is Out 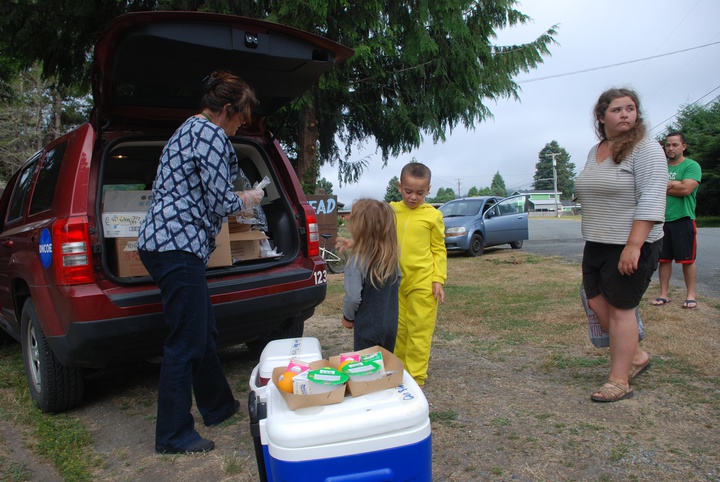 If there were an art to sandwich making, Lori Ekkart, Trina Lovdahl and Loni Salvaressa would be masters.

Ekkart and Lovdahl had been layering turkey and cheese between white bread since 6 a.m., stacking them up for Salvaressa to wrap and place, card catalog-style, in plastic containers. Salvaressa said she and her two colleagues, employees with Del Norte Unified School District’s nutrition services program, were making 890 sandwiches for Monday.

Last week, Salvaressa said she, Ekkart and Lovdahl were making up to 1,100 sandwiches.

“We want to ensure that our kiddos that rely on the school year’s food get fed during the summer time,” she said. “We’ve seen and we know which kids sometimes don’t get meals when the weekend comes.”

Even though it’s down a site this year, the district’s Seamless Summer Food Program served about 1,800 more meals this year than it did during the first two weeks in 2018, Nutrition Services Director Deborah Kravitz said.

Kravitz said she suspects that the numbers for the first two weeks of July will show continued increases over the previous year. Participation tends to dwindle after the Independence Day holiday before picking up again later in the season, she said. But that’s a trend summer meal programs in other communities also see, Kravitz said. 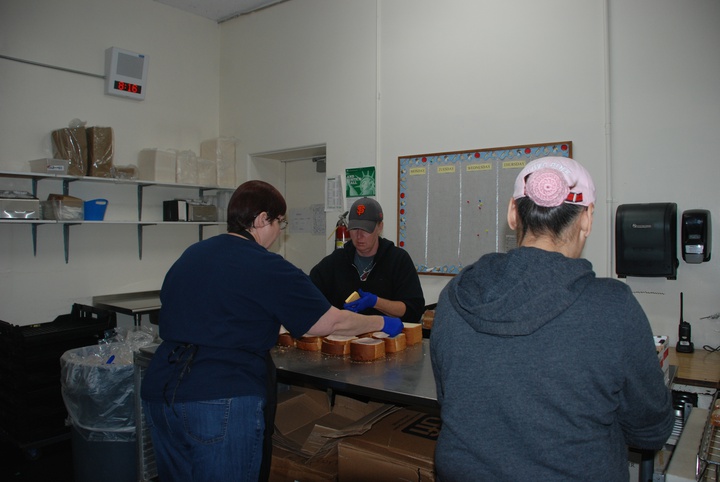 Though she’s not among the youngest to get a meal, Deanna Creel is a regular. A student at Castle Rock Charter School, Creel has been taking advantage of the Seamless Summer Food program for four or five summers. She said it helps her family because they live below the poverty line.

Creel said her family’s income goes toward getting enough food that will last them through the month. She said they’ll visit Brookings, Costco in Eureka or Walmart in Crescent City. Creel said when she gets paid through working for someone or helping them at their house, she’ll go to Pem Mey Fuel Mart.
Creel said her family also gets commodities through the Yurok Food Distribution Program and Rural Human Services, which distributes food boxes in Klamath once a month.

“I’ve seen all these families, they barely have any food,” she said. “They’re lucky to have a home.”

Since she’s been coming to Klamath Glen every day to deliver meals, Kravitz said she’s been able to build relationships with the families she sees every day. She said she enjoys hearing about the youngsters’ weekend exploits. She’ll even bring dog treats for the community’s four-legged residents. On Monday she poured a handful into a cardboard container and handed it to a mother through her car window.

“They trust me,” Kravitz said of the families she sees. “If I don’t see the kids I’ll knock on their door.”

In Del Norte County, where 70 percent of the district’s students qualify for free or reduced-price meals, the Seamless Summer Meal Program has consistently grown. In 2015, the year it started, Kravitz and her staff served 15,495 meals at eight sites. The following year 22,813 meals were served at 10 locations.

The Seamless Summer Meal Program often supports other youth programs like the Youth Training Academy at College of the Redwoods, the Little School of the Redwoods preschool and the Boys and Girls Club of the Redwoods’ Klamath site, Kravitz said.

But it wouldn’t be a success without her staff.

“They’re amazing professionals,” Kravitz said, adding that this year’s work crew was smaller. “Who would have thought there’s a trick to making sandwiches fast.”