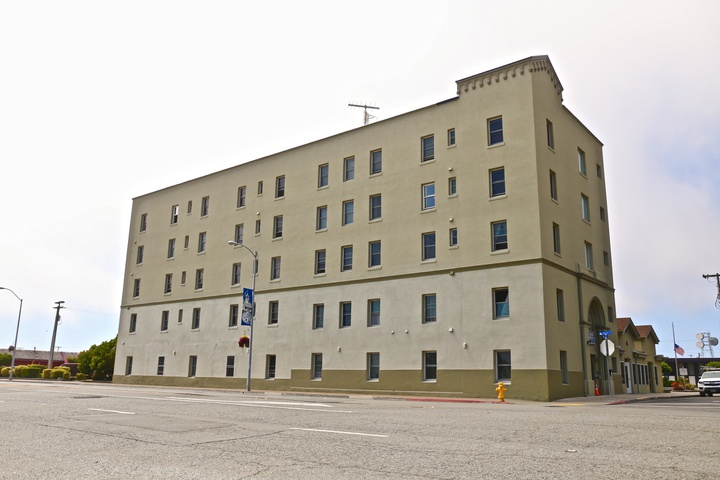 Crescent City will move forward on a storm drain improvement project as well as a redesign of parts of Front Street. Photo: Andrew Goff

Crescent City is moving forward on a project that seeks to alleviate residential flooding and revamp Front Street.

Four Crescent City Councilors on Monday approved plans and specifications for a project to improve storm drain capacity on Front, C and F streets and authorized the city manager to seek bids for a contractor, according to City Manager Eric Wier. Mayor Pro Tem Heidi Kime was absent, Wier told the Outpost on Tuesday.

Wier said he called for a special meeting Monday so the project could get out to bid at “an optimum time.” The city issued the bids on Tuesday and expect proposed contracts to be submitted in about 30 days.

“At that point, we’ll select a low bidder and hopefully have a contract and take it for Council authorization and a notice to proceed in early April,” Wier told the Outpost. “We’re expecting this to take about a year and a half. We’re expecting the contractor to finish all work by the end of June in 2021.”

At more than 70 years old, the current system is one of the oldest pieces of infrastructure in the city, Wier said. Heavy rain often overwhelms the system, flooding streets and intersections, stranding motorists and causing thousands of dollars in damage to properties and has even forced residents to temporarily evacuate their homes, according to the city’s staff report.

Since Front and Fifth streets are major collectors, flooding also blocks the path for motorists and emergency responders. According to the city’s staff report, the Del Norte Local Transportation Commission has listed Front Street improvements as its top priority project for the city.

“The C Street storm drain basin is only capable of adequately containing the flows encountered during design storm flows for a 3-year event,” The city’s staff report states. “This insufficient capacity has been demonstrated multiple times over the years as the properties located with in this basin have been routinely inundated with flood waters.”

Funded by roughly $4 million in 2017 Community Development Block Grant dollars, the project aims to create a redundant storm drain system and to create another system along Front Street to F Street so they intersect and water is able to flow in either direction, Wier told the Outpost.

Since accessing the existing pipes requires removing a large portion of the road, the project will be the first step in a re-design of Front Street. This includes designing new pedestrian ramps, a stamp sidewalk to match the sidewalks at adjacent Beachfront Park and to create a curb median to separate pedestrian from vehicular traffic, Wier told the Outpost.

Part of the existing street will be used to provide a row of diagonal parking as well, Wier said.

The city had partnered with Elk Valley Rancheria staff last summer to obtain a 2019 Better Utilizing Investments to Leverage Development, or BUILD, grant for $15,798,057.

This grant money would have helped fund a $20 million redesign of Front Street that would have included reducing the 5-lane road down to two, incorporating space for art, landscaping and bleachers as well as signs letting people know what to do during a tsunami.

According to Wier, the city’s BUILD grant application was denied.
“It’s a competitive funding source that takes three maybe even four to five times of applying before you typically get funding,” Wier told the Outpost.

Wier said the city is continuing to partner with Elk Valley Rancheria to make another attempt at winning BUILD grant dollars.

Meanwhile, the storm drain project “is a huge first step in seeing our Front Street plans come to life,” he said.