Middle-Schoolers Will Take Audience To Space in Concert This Evening 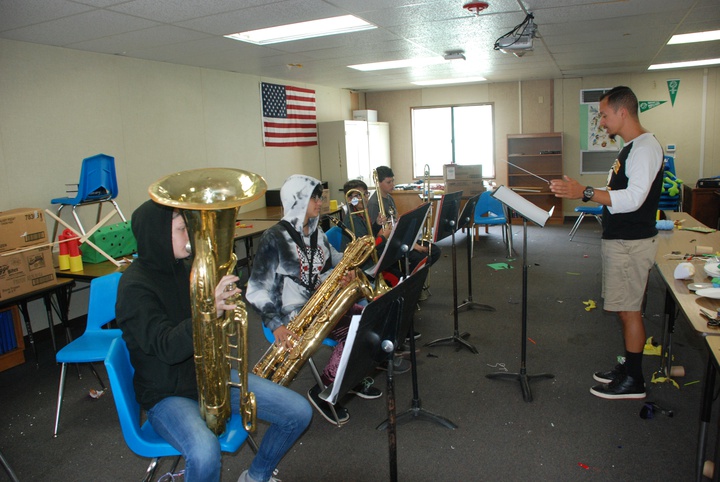 Fifty middle-schoolers will take their audience on a musical journey to outer space this evening.

After spending a week honing their skills at band camp, students from Del Norte and Curry counties will show folks what they learned at a concert featuring music from Star Wars, Star Trek and 2001: A Space Odyssey.

“All songs have a connection to space,” said Rachel Owen, an English-language development teacher at Joe Hamilton and Crescent Elk schools. “Our main mission is to give kids entering middle school a warm up to band season.”

Owen, who is a former music teacher, said there are also a lot of high school students who are helping teach their young peers. She noted this gets high schoolers ready for marching band, which starts next week.

This year’s concert will have a visual art component. According to Owen, the students created alien marionettes to dance along with some of the music.