State Parks Awards $700,000 to Del Norte County Office of Ed to Increase Access to the Outdoors » 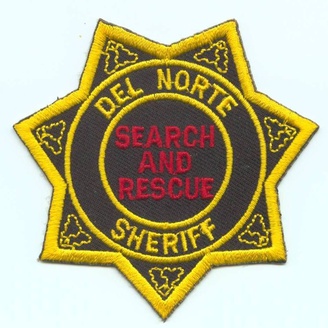 On 6-26-22 a male hiker was reported missing. He was last seen on Preston Peak after camping with friends at Raspberry Lake. From the trailhead to the lake is about 7 miles. The top of Preston Peak is about 7000 feet in elevation.

On 6-27-22 DNSAR was activated in the early morning hours and a search began. Sgt. Enrique Ortega, DNSAR Coordinator, and Lt. Depee from CHP entered the wilderness to get more information about his possible location.

Lt. Depee was able to get a helicopter from the CHP air station in Redding. They flew the area for about 1 hour and 30 minutes while Sgt. Ortega and Lt Depee stayed in communication with them on the ground. They searched the following;

Raspberry Lake down to Clear Creek to the Devils Punchbowl

Several SAR members and Gasquet Fire members also hiked in and searched around the lake with no success.

After searching all day, the hiker was not located. At about 2100 hours everyone was back in town and prepared to begin the search in the morning.

At about 2008 hours Sgt. Ortega received a phone call from the hiker's brother. He stated that the hiker walked out on his own. He made it to Hwy 199 where he hailed a motorist and got a ride to O’Brien Or. He then called his brother for help. He was safe and in no need for any medical. Other than being tired he will make a full recovery. He walked over 5 valleys and its estimated he walked about 30 miles in the wilderness with no food.