Yurok Tribe: Fires On Reservation Contained, Cause Under Investigation 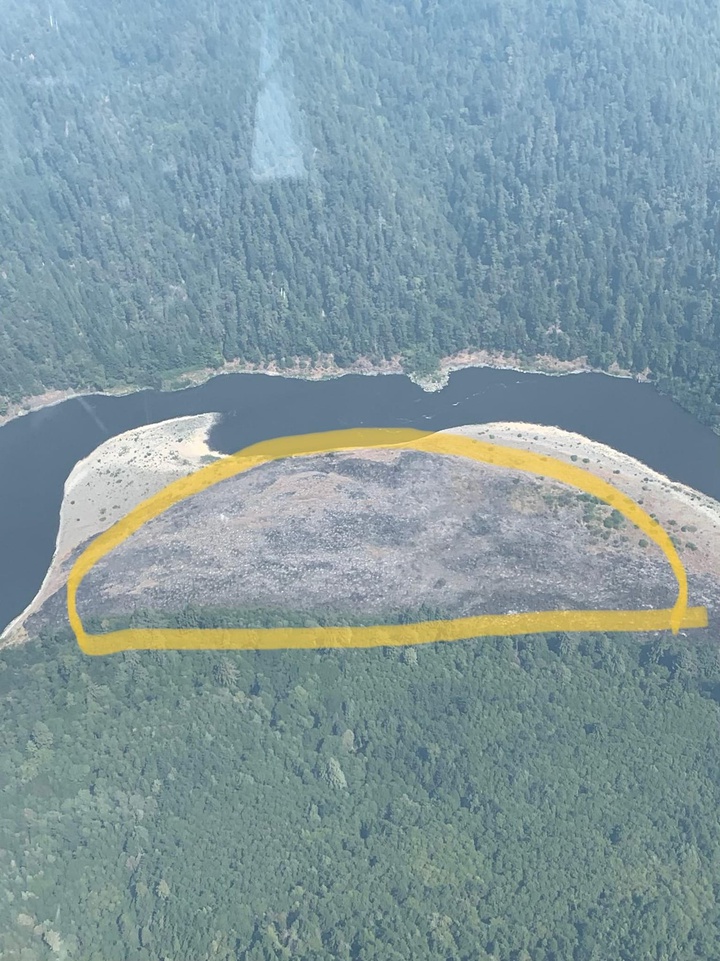 The McCovey and Ranch fires were about 20 acres and are 100 percent contained, according to the Yurok Tribe. The Lions Fire was out when crews arrived on scene. | Photo courtesy of the Yurok Fire Department

Yesterday, the Yurok Fire Department and Cal Fire quickly responded to three fires in a remote part of the Yurok Reservation near Blue Creek. At this time, it is unknown how the fires started, but both are 100-percent contained. The McCovey and Ranch fires were approximately twenty acres. The Lions Fire was out on arrival. All three are under investigation. Cal Fire monitored the fires throughout the night.

In rural areas like this, multiple agencies often work together to protect the community and that is exactly what happened. To assist the Yurok Fire Department and Cal Fire, the Yurok Tribal Police Department, Yurok Fisheries Department and the Yurok Economic Development Corporation’s Klamath Jet Boat Tours provided boats and captains to transport fire personnel and equipment to a spot near the fire line. The local crews’ rapid response kept the community safe and prevented damage to tribal resources, homes and structures. This time of year, fires can spread very fast due to the dry conditions and hot weather. The Yurok Tribal Police Department and Yurok Fire Department would like to genuinely thank all involved volunteers, departments, and agencies for their swift efforts in putting the fires out.