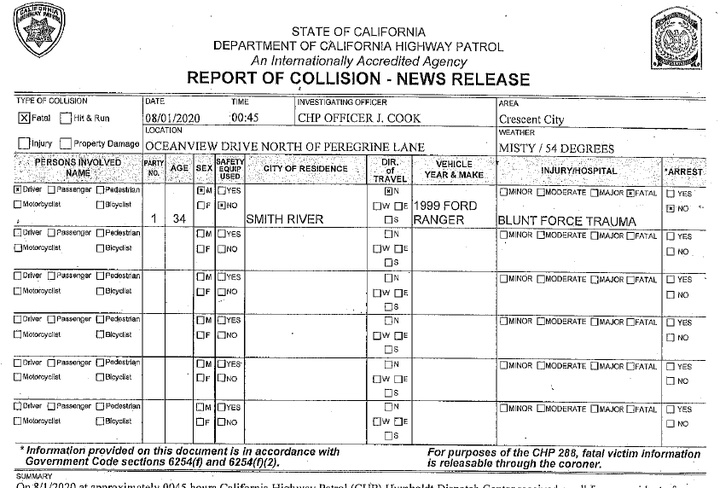 A 34-year-old Smith River man was killed after being ejected from his vehicle on Ocean View Drive early Saturday morning.

The man had been traveling northbound on Ocean View Drive when his 1999 Ford Ranger left the road, collided with a mailbox before traveling down an embankment, according to a California Highway Patrol news release. The man's vehicle overturned multiple times, coming to rest in the southbound lane.

According to the CHP, the victim, who wasn't wearing his seatbelt, was ejected from the vehicle. He succumbed to his injuries and was pronounced deceased at the scene.

Due to the incident, Ocean View Drive was closed for about three hours. CHP officers are still investigating the collision.