Sheriff’s deputies have their hands full investigating a shooting that 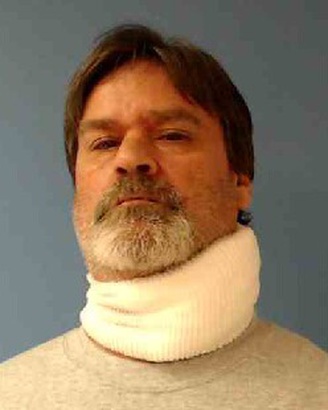 took place last Thursday and a stabbing that resulted in a homicide on Saturday.

John Bernard Swinger, 49, faces charges of murder and assault with a deadly weapon not involving a firearm and likely to cause great bodily injury, according to the Del Norte County Sheriff’s Office website.

Deputies responded to a call for a stabbing at a home in the area of Railroad Avenue at about 10:30 a.m. Saturday, Sheriff’s Secretary Diana Stanley told the Wild Rivers Outpost on Wednesday. When they arrived they found two people, including the suspect, with stab wounds, she said. Stanley told the Outpost that the victim “didn’t make it.” That case is still under investigation, she said.

Meanwhile, deputies continue to investigate the circumstances surrounding a shooting that occurred in the early morning hours of Oct. 24 in the Parkway Drive area. A male and a female took themselves to Sutter Coast Hospital with gunshot wounds, Stanley told the Outpost. No one has been taken into custody, Stanley said, though deputies are “following up on leads.”